So… we’re back from our honeymoon.

Got back home around two-thirty and since then I’ve been trying to do everything in my power to stay awake, reasoning that giving in to the sweet temptation of sleep will only lead to a major case of jetlag. The result is that it now is three in the morning and I’m still up, caught in a strange, feverish state between wide awake and undead, and I think I’ll wake up tomorrow somewhen in the late afternoon with one hell of a headache. I believe there’s a word for those symptoms. What’s-it-called-again? Ah… Jetlag.

Anyway. I will write a nice long post-Dominican Republic post tomorrow as soon as I’ve regained consciousness. For now, have a picture of the happy couple on the beach. 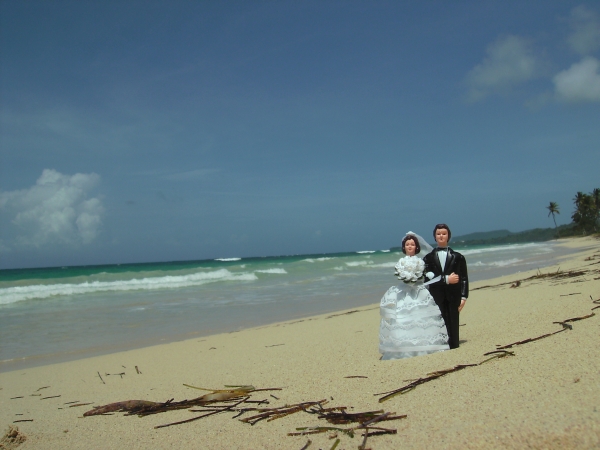